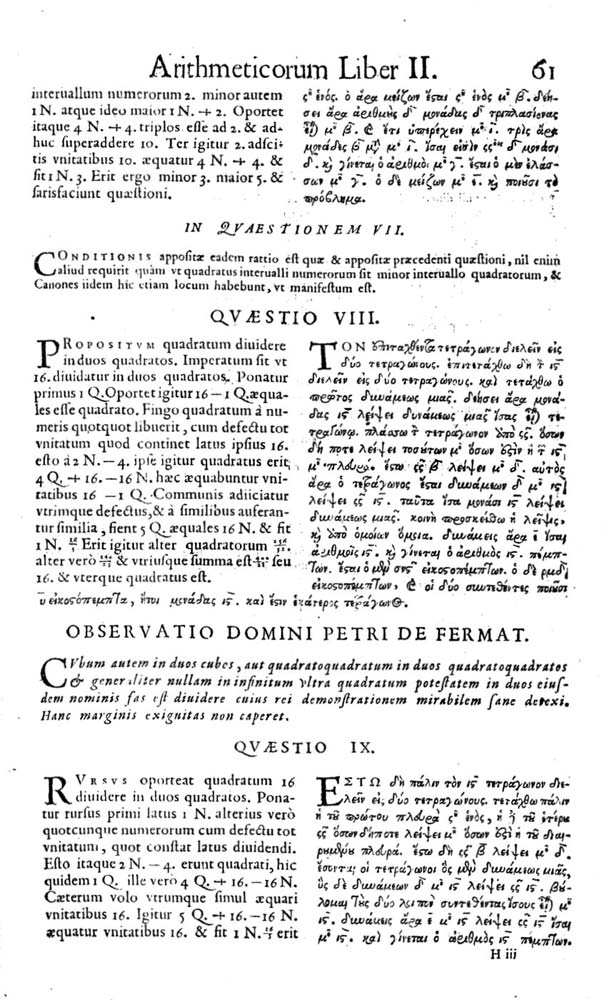 Fermat's Last theorem was published in 1670 reedition of Diophantus' Arithmetica. This edition, published by Fermat's son, was based on Bachet's latin translation of Arithmetica (1621) and comments and observations written in the page margins by Pierre de Fermat.

It is impossible to separate a cube into two cubes, or a fourth power into two fourth powers, or in general, any power higher than the second, into two like powers. I have discovered a truly marvelous proof of this, which this margin is too narrow to contain.

does not hold for any

Mathematicians tried to (dis)prove this theorem for more than three centuries. Among unsuccessful solvers famous names like Euler, Lamé, Cauchy can be found. The conjecture was proved in 1994 by English mathematician Andrew Wiles, using the means of modern mathematics of the 20th century. The proof itself has more than 100 pages and it is doubtful that some simple proof, which could Fermat had, exists.